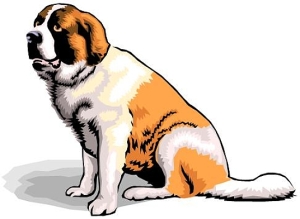 At 22, I was conflicted. I wanted to write rather than work.

The logical thing would have been to work at writing but doing the later required doing the former and therein lay my conflict.

I mentioned this to a friend, who suggested I take a summer off from unemployment to mull it over. His family owned a farm in the wooded valleys of western Wisconsin and I was welcome to live there – on one condition.

The farm had no house nor barn; just an old granary with a moss covered roof and siding stained silver with age. Whoever built the structure knew nothing of soil nor footings and soon after construction, the granary lurched on its foundation.  It then spent the next century threatening to cast itself off the hillside and tumble down onto County QQ, a road that wound through the valley below.

To give the building at least some incentive to live, I made it my home.

Without employment nor stable housing, my position was tenuous but life in western Wisconsin was all I aspired it to be: idle and idyllic.

I still cannot say whether that summer was wasted. Neither Barnabas nor I made progress in life, but I read a great deal and Barnabas slept a great deal.

What we did do, when not reading or sleeping, was to spend our days on the hillside monitoring the progress of summer storms, or laying in the tall grass under the fading light of evening to watch fireflies sparkle in the ditches. Our sole industry was to capture pleasant memories and in hindsight that should have been enough.

I had my books and typewriter while Barnabas had a south facing slope for mornings and a cool stream for hot afternoons. So we had what we needed and should not have yearned for more but we were young and for the young there must always be more.

It all came undone on a day late in September as we were driving back from town. The soy fields in the valley had turned from yellow to rust, dry corn rattled in the wind and sumacs on the hillsides flared with the first red of autumn.

Ahead of us, a sun bleached 41′ Chevy pickup strained slowly up the long hill that led to our drive.

I knew who was driving the truck, but never met him. His name was Gene and he lived north on County Road QQ in a small metal roofed house hidden in a thick grove of walnut trees.

Gene was a unique Wisconsin blend of redneck and hippie. He wore his hair down to his belt and accentuated his magnificent beer belly with a sports jacket several sizes too small. He had little use for shirts or shoes but despite his strong fashion statements, he was shy, maybe even standoffish. Which, if rumors were to be believed, was attributed to his growing something other than the vegetables in the deep valleys that forked off of County QQ.

Like most rural Wisconsinites, he loved his truck but truth be told there was nothing to love about it – the thing reeked which was pure misery for anyone trailing behind.

So there I was following him slowly up a long hill, choking on his fumes, when SPLAT, a wad of spit hit my windshield, then SPLAT – another.

I flicked my wipers.

I thought it damned unfriendly for Gene’s passenger, who I couldn’t see through the cloud of exhaust, to be treating us so rudely.

We climbed slowly up the hill, enduring a steady stream of abuse. Finally, at the crest when I could see far enough ahead to pass, I dropped down a gear and gunned the engine to shoot around the old truck.

In passing, I raised a hand to give his passenger a vigorous one finger salute but to my surprise and embarrassment I noticed who his passenger was. She rode with her head out the window and her big drooling jowls flap in the breeze. Apparently, I was not the only local hippie to be paired up with a Saint Bernard. Instead of flipping the bird, I waved him into our driveway.

Gene was equally pleased to see Barnabus and swung his truck onto the rutted drive leading back to the granary.

Just before our yard, a creek cut across the road. As he slowed to ford it, his dog lunged through the passenger window and shot off across a hay field with Barnabas in hot pursuit.

I yelled – but Gene waved me off and said “let ’em go”, then he produced a cooler full of cold Leinenkugels, our native brew.

I needed no more convincing.

About eight Leinies later, the dogs bobbed back across the field. Bridget, Gene’s dog, had the lead. I had never seen anything that big move that fast, except maybe for Barnabas who loped after her with a look that spoke of only one thing.

They thundered through the yard and banked off the side of a decaying hay wagon then careened through the relics of the old barn before bounding up the ramp into the granary.

A moment later, the first major appliance hit the floor.

The hollow wallop of sheet metal and skittering of ice-cubes announced the demise of my refrigerator.

Next, a sudden silence marked the destruction of my stereo then a puff of feathers erupted through the front window signifying the progress of the dogs from my make-shift living room to my make-shift bedroom.

Gene and I both hit the plank leading into the granary at the same instant.

It was then I realized something I had not contemplated before.

Barnabas and I survived the summer in the granary by limiting the stress on the decaying structure to the static weight of appliances plus the respectful movements of 400 pounds of dog and man. As Gene and I charged into the old granary, I suddenly considered the effect of double that, complicated by the frenzy of love-struck Saint Bernard’s.

I think the granary was thinking that too, for from deep within its foundation, a rotted timber moaned. The moan intensified into a groan – which escalated into a screech which begot a crash. Then another timber moaned, popped and cracked, followed by a domino effect of snapping joists.

The floor rose like the deck of a sinking ship and amid a horrendous tearing of ancient lumber, the granary slowly twisted on its foundation and staggered precipitously toward the bluff.

Gene didn’t need to be told what was happening. He dove in the general direction of the exit, as did I, and we both flew out the door with 400 pounds of dogs clawing a path over our backs.

We landed in a churning scrum of dog and man as the granary tilted into its death roll and tumbled, roiling in a cloud of dust, all the way down the slope onto County Road QQ below.

That was that. My conflict was resolved.

With no place to live and winter coming on, I left for the city.

Barnabas stayed on with Gene and Bridget and lived a good life until he died of a heart-attack shortly after becoming a grandfather.

As for me, I took to the road and hitch-hiked for a couple of years. I saw most of the U.S., much of Mexico and a whole lot of Europe before coming home to get a job.

The job didn’t work out, so I got another and another until finally I had a career, a name-plate on my office door and a pension.

But still – I wonder how it all would have turned out had I stayed to write among the deep valleys of Western Wisconsin in a granary that every day threatened to throw itself off a bluff and roll all the way to County Road QQ below.

44 thoughts on “Barnabas: A Humorous Tale about Dogs and Writing”