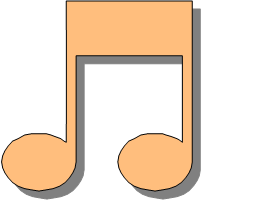 A voice wakes me out of a deep sleep.

The voice sounds familiar. Whose could it be?

We sleep with the windows open, so we often hear strange sounds in the night.  In the city these sounds that never bothered me. There, my mind filtered out the things I did not need to know, like brawls in the alley and the occasional gunshot, but in the country it is different. I’ve not adjusted to the sounds of country nights.

Rural evenings are filled with nature’s racket.  Mostly it is critters spamming for sex; like the love-starved chipmunk who clucks for hours at the same annoying tempo, but this is not him.

Why does it bothers me so? I don’t know. It is not a cry for food, sex or territory.  Just one annoying…

By now I am hopelessly awake.

She returns to sleep and I lay there anticipating the next chirp, but it doesn’t come…..

I put my ear to the screen and listen to nature’s heartbeat under the murmur of the wind. It is the rhythmic strumming of crickets. A sound I have always found soothing.

But whoa! Wait a minute.   The sound is not coming from the woods, it is coming from behind me in the house.  Suddenly, I know what it is. It is a smoke alarm complaining about a low battery.

I listen for the next chirp.

It seems to come from everywhere and nowhere. I have no idea which alarm is bad, so I go into the hall to stand under the alarm there.

Nope. Not that one.  I move to the living room and wait.

It is not the living room alarm either. More like in the dining room. So I go there and stand on my tiptoes to twist the alarm out of its bracket.

By this time, I’ve lost my temper. I wrench the entire assembly with a hard counter-clockwise twist, ripping the bracket from the ceiling.

This time the sound comes from the living room. I go back there to wait.

That one comes off the ceiling too.

But a few moments later…

I can’t stand the chirping anymore. I rampage through the kitchen and into the laundry room, ripping down detectors as I go and tossing them into a pile on the living room table.

Thank God, the sound finally comes from the pile, but now what do I do? I have no batteries.

I resolve to replace the detectors in the morning but when I do that, I’m getting good ones with brackets that work – but what to do with the old ones?

I get an idea.

I step out on the porch and cradle an alarm in the curve of my hand. I take a few practice swings then fling it like a Frisbee far out into the woods. The little white disk arcs gracefully into trees.

It hits an oak tree. Now there is a satisfying sound. Then one after another its little brothers follow it into the woods.

Finally it is quiet…. too quiet.

My tantrum has upset the crickets. They have all fallen silent. So silent that way out there in the woods, I hear a faint…

Now, I’ll never get to sleep.