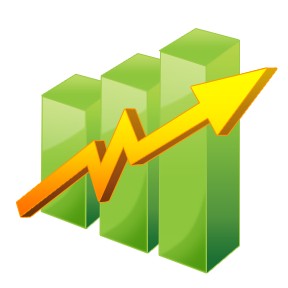 A long time ago, in a place far, far away, there lived a filthy and somewhat annoying little beggar named Scruff.

Unlike so many others in his time and place, Scruff was a beggar by choice rather than necessity. The profession simply suited him, as did spending his days sitting atop a large gravel pile beside the road that ran between here and there.

From the top of his pile, Scruff called out to passers-by for pennies. If they tossed a coin his way he returned his thanks, if not he pelted them with gravel. It wasn’t a glamorous occupation but it was a living.

For years, Scruff sat on his gravel pile receiving pennies for nothing and tossing gravel in return for nothing, when one day a passerby cried, “OUCH!”.

“Why did you do that?” the merchant cried, “that hurt like hell.”

“It’s simple,” Scruff explained, “I sit here and people toss pennies to me and if they don’t…. Well, you get the picture.”

“Let’s strike a bargain,” he said, “Since I regularly use this road,  I will pay you one guilder for the privilege of not being beaned with a rock for a year. Okay?”

“I dunno,” said Scruff, being a beggar he never mastered arithmetic. “What does that come out to – (here he grasped for some unit of measure) – per rock?”

The merchant hastily calculated the cost and reported, “’bout half a penny.”

Scruff knew he was not getting the better part of the deal but this was his first bargain and one cannot expect success the first time around – still a guilder is a whole guilder.

“Done,” he said, pocketing the rock he intended to throw if the deal went bad.

After the merchant paid up, Scruff went into town for his first bath in forty years then proceeded on to Great Clips for his first hair cut ever.

“Aren’t you that annoying little beggar who bounces rocks off the heads of travelers going between here to there?” his stylist asked.

“Sure,” said Scruff, “but I’m not throwing gravel anymore.”

“It’s too valuable.” He went on to explain the events of the day.

“You mean all those rocks are worth a half penny a piece?” exclaimed the stylist. “Do you own the quarry?”

“Well,” Scruff considered, “I’ve been squatting there for decades.“

“That means you have squatters rights. Scruff, you’re a bigillionaire!!”

Even though this story happened a long time ago, in a place far, far away, some things never change; anything told to a stylist at Great Clips is all over town within an hour. Soon, tailors, craftsman and shopkeepers were clamoring for Scruff’s attention.

They wanted to sell him anything and everything.

He ordered a closet of new clothes, a new house to hold his closet and new furniture to fill his new house. Since he had no cash, he paid for everything in promises to deliver gravel.

This left the tailors, craftsmen and shopkeepers in a pickle. They had nothing but promises to deliver gravel at a set price on a certain date, but being enterprising people who lived in a fairy tale, they set up an exchange to trade the promises for cash. They called it the Futures Exchange and the enterprise was so successful that in a wink of an eye, the value of gravel went through the roof. In fact, it became more valuable than cash itself and in less than a day, no one was willing to take cash for anything, only promises for gravel were accepted.

Within weeks, thousands of speculators, pit-managers and dreamers, attracted by impossible rumors that “The streets were paved with GRAVEL!!” flooded into Scruff’s town from all over the world

This story would have had a ‘happily ever after’ ending had not a particularly prosperous bigillionaire named Scruff stopped by a lemonade stand run by a hard-nosed, beefy faced little boy, years later.

“Here,” Scruff said, producing the very pebble he had once pocketed rather than thrown.

“I’m giving you a ROCK, you idiot,” Scruff said.

Unfortunately two speculators, walking within earshot of the lemonade stand, overheard the exchange and rushed off to dump their gravel holdings. The value of gravel plummeted instantly to zilch and the ensuing depression devastated the country. Thousands were thrown out of work, children went to bed hungry for decades and lives and dreams were shattered.

Then one day, many years later, in a town far, far away, a once wealthy little beggar leaned over a fence rail to admire the fragile beauty of a tulip.

For the rest of the story, Google the keywords: Tulip Mania.

26 thoughts on “A Cautionary Fairy Tale About Beggars, Gravel and Micro-Economics”