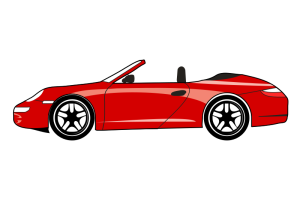 “About you know who,” she said.

Darcy is my dysfunctional buddy Stan’s ex-flame and current sister-in-law.

“Can we meet at the Pickled Pig?” she asked.

Knowing the area’s sketchy reputation, I asked if I needed a bullet-proof vest.  No, she said, the only thing dangerous about the location these days were the prices.

“Could we meet at Applebees instead?” I suggested.

“Never heard of it,” she snapped.

“Then you are buying.” I said.

So we agreed to meet in half an hour. That was an hour ago.

While I waited, I marveled at what the oodles of tax dollars had done for my old neighborhood. Everything was upscale. The hotel that once boarded winos, now hosted wine connoisseurs and the Salvation Army Store was gone, replaced by a shop that sold the same stuff for forty times the markup.

The only thing vaguely familiar about the place was an old mini-van wearily trolling for an available spot in the crowded parking lot.  I didn’t recognize the van but the way the driver shrieked at her children brought back fond memories..

A spot finally opened up but as the van slowly wheezed towards it, a shiny red Porsche snarled and pounced. It went air-borne over a speed bump,  fish-tailed around the van and snatched the spot.

“Gosh,” I said when she sat down, “you almost lost your parking place.” It went right over her head.

“What do you think of my new car?” she asked.

“It handles well,” I said.  She didn’t get that either.

“How did you swing that?”

I waited for the words.

“Whoa,” I said, recognizing the name, “That’s the hedge fund manager who bought an old established drug and jacked the price from $13 to $750 a pill.  If I recall, the drug was used to fight rare infection in infants and AIDS patients. ”

“And you recruited him?”

Darcy is an executive recruiter who specializes in jerks.

“Not quite yet,“ she said, fanning herself with the menu. “I know a guy who knows a guy, who knows him and that’s all it took to land a huge retainer.”

“My God, he has got to be the most hated man in the world.”

“You can’t buy that kind of name recognition,” she said.

“He almost brought down the entire pharmaceutical industry.  Who would hire him?”

She picked up her phone, swiped at the screen and poked at a few icons.  “Let’s see, I have twenty desperate emails, thirteen hysterical text messages and a voice mail box full of drool from Washington DC lobbying firms…” she said,  “and that’s just since we sat down.”

“Remember how they talked about rational pricing in college economics?”

“Well, there is nothing rational about Pharmaceutical pricing.   They set the price at whatever they want and use the regulatory system to keep it that way.  It is why you can’t order you prescriptions from Canada.   The industry knows this.  The insurance companies know this. Politicians know this.  The only ones who didn’t know this was the public.  Now after Shkeli, the public is catching on and Congress is howling for regulation.”

“But how does hiring him make sense?”

She looked at me again in disbelief.

“Wealth,” she said, “exists at the intersection of greed and fear.  All kinds of industries are greedy – but they don’t have fear.”

I still didn’t understand where she was going.

“Let’s just say a smart lobbying firm could use Shkreli to instill fear in other industries with irrational pricing structures… Imagine the panic!  Imagine what they would pay to call off the media hounds and keep the regulatory wolves at bay?”

I didn’t know what to say, so I focused on deciphering the menu.   After a while, I asked, “So what did you want to talk about?”

“You said you would.”

19 thoughts on “Wooing the Most Hated Man in the World”