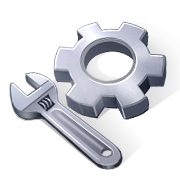 Whenever I come by something that requires assembly, I always find myself with the odd piece left over.

No matter how careful I am, there it will be.

Other than mild confusion, the only consequence seems to be that yet another item gets tossed into the junk drawer.  But I worry about the symmetry of this. If I have an extra part, who is short one?

While I am chucking something into the drawer, who is making an angry call to customer service?

Manufactures are catching on.  They know how nuts, bolts and washers love to spring out of boxes and roll under the refrigerator.  They even know about cats and understand the irresistible urge to bat an essential part into the heat register,  so they toss in a few extras.

That is why we have the extra parts – or so I tell myself.  But sometimes, the reason for an extra part is just plain weird. Let me tell you about that.

Back when I had the strength of an ox and the common sense of a mule, I worked in a steel foundry. To pick up extra cash, I volunteered to work shut-down.  This was two weeks during the summer when most everyone took vacation, leaving only a skeleton crew to do scheduled annual maintenance.

My job was to assist the mechanic who over-hauled the largest machine in the plant. This was THE SHAKER, an immense and loathsome beast.  It stood twice as high as a Tyrannosaurus, weighed four times as much, was six times as loud and eight times as mean.

Its job was to devour steaming twenty ton molds and spit out the red-hot castings.  While it worked, you kept as far away as possible because its roar rattled the girders.  While it rested, you kept further away, because it reeked.  The molding process uses sugars and starches to bind the sand together – and when that stuff rots…

In other words, THE SHAKER’S breath was worse than a dinosaur who refused to floss.

So for three stinking days, I helped the mechanic rip THE SHAKER apart. As we worked, we thoroughly cleaned everything and carefully arranged each piece on the floor in the sequence we would use to put it back together.

Once everything was cleaned and inspected for wear, we began the slow and laborious process of reassembly.

After the last bolt was torqued into place, we called the engineer to sign off our work but no sooner had he arrived than he scowled and pointed the toe of his steel-toed boot at an O-ring lying in the middle of the floor, obscured by dust.

The mechanic dug out his manuals and searched for anything that looked like the part.

Soon the engineer joined him because now his job was on the line. While they scoured the manuals, I was told to make myself useful by contacting the manufacturer.

I placed the part on the Xerox machine to copy the image then I faxed it along with a short note to their support line number. Soon one of their mechanics called back laughing.

Sometimes machines, just like people,  have parts that are there purely for manufacture. We all have belly-buttons which are an artifact of us being manufactured.

So it was with the O-ring.  Its purpose was to hold a set of bearings in place while one assembly was mounted onto another. After the two pieces came together, the O-ring dropped harmlessly to the bottom of the oil pan where it lived until we came across it.

Returning to the shop floor, I started to deliver my report – but the engineer waved me off.

Well, suffice it to say, it didn’t go where they thought it did.

33 thoughts on “Some Assembly Required”