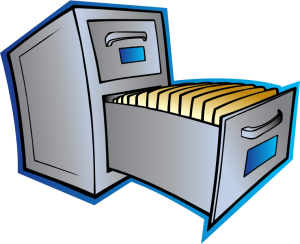 My buddy Stan and I were watching television when my wife wandered into the living room with a strange look on her face.

“Something is making noise in the junk drawer,” she announced.

“Which junk drawer?” I asked.

We have several.  They have become like the tar pit of household.  Things fall in but few come out.

“The one in the filing cabinet,” she said.

Neither of us was willing to get up.

“What kind of noise,” asked Stan without taking his eyes off the television.

He nodded in agreement, as if to confirm the possibility of a rodent, then turned his gaze toward me. My wife was also staring at me.

Why is it my job to take care of mice?

We have close to a dozen outside cats.  Why aren’t they doing their job?  We have two inside cats also.  The same could be asked of them. In addition, we have one fully liberated wife who is just as capable of mouse combat as I. And let us not forget, Stan, the buddy who drinks my beer, eats my food and who could for just once earn his keep.

But no, they look to me.

Even the cats, half asleep at my feet, squinted expectantly in my direction.

So I got up and trudged into the home office to slide open the junk drawer and rummage through it, half expecting a mouse to leap out.

As I returned to the living room, she restated her initial question, “Well?”

“I neither saw nor heard a mouse,” I proclaimed.

“Well, I definitely heard one,” she said.

We both looked at him.

“There could be something in the junk drawer that doesn’t belong there,” he said, “and wants to get back to where it belongs.”

Stan gets like this. He is a master mechanic, a machine-whisperer, a man who shares an almost mystical relationship with inanimate objects and every once in a while his dream world collides with our reality.

“He could be onto something,” my wife suggested.

It is not so much a question as a protest – but it is a useless protest because whenever my wife and Stan get on the same track, my fate is sealed.

So I trudged back into the home office and reopened the junk drawer. It was as its name suggested, full of junk. There were tools in there and kitchen utensils. There were office supplies and things whose name and purpose baffle me.

But it wouldn’t hurt to have a few less things in there.

So I returned the tools to the shed. I put the kitchen utensils back in the kitchen and the office things back in the desk where they belonged and by doing so, I hoped to reveal whatever was making the noise.

As I worked, my wife came to look over my shoulder. Soon she spotted a set of well used mouse traps. “That’s gross!,” she said, “put them where they belong.”

“And where would that be?”

Her look was incredulous. “Wherever they need to be set,” she said.

So I set traps. I put one under the sink in the kitchen, one between the desk and the filing cabinet and one in the hall closet. Then as I finally ease back onto the couch to enjoy the remainder of my movie and by now warm glass of beer…

Startled, she asked “What was that?”

To which Stan replied, “It is the happy sound of something being where it belongs.”

Now it is my turn to glare at him because my wife was glaring at me. He could darn well dispose of the mouse.  It is now his job – because I decided that at my house the beer isn’t free.

41 thoughts on “My Junk Drawer”