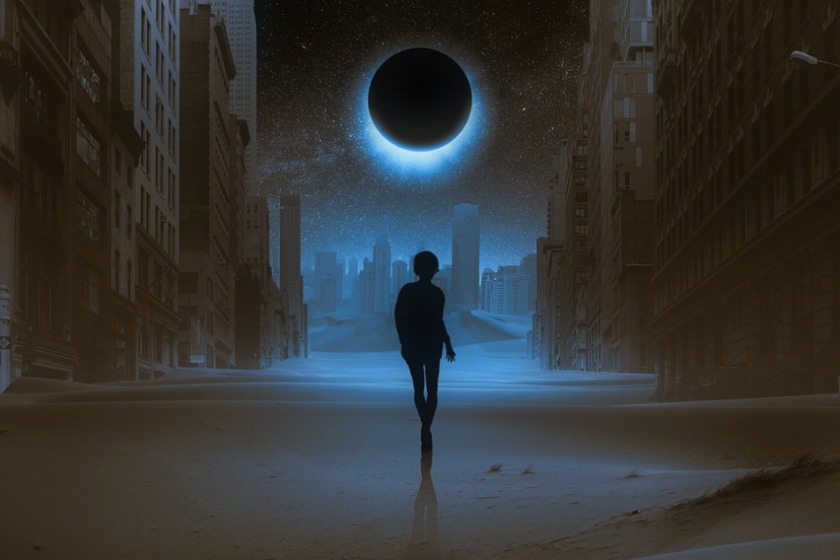 The Abbot’s desk groaned under the weight of his work.

With every additional platbook, it grunted. With every fresh survey, it creaked and with each new title, it murmured a deep sigh of despair.

Though his desk did not like his workload, the Abbot did.

His labors were the continuation of a long tradition. For five hundred and twenty-two years, the Zillowitte monks had dedicated themselves to the mundane task of settling land disputes and transferring titles. It was the only useful thing that The Ancient Order of Saint Zillow did anymore.

The order was originally established to find homes for the millions of urban refugees who fled into the countryside in the wake of The Great Calamity – but the last of them had been resettled centuries ago.

So what does an organization do after its original mission has been fulfilled?

Does it dissolve? Does it find another mission or does it refocus its energies on perpetuating its power and influence?

As its role eroded to that of record-keeper, a faction with the order arose to address the spiritual failings that destroyed civilization. Those failings it reasoned could be found in the ancient texts.

These monks, currently led by the acerbic Prior Sebastian, scoured through The Sacred Twitter Feeds, The Holy Facebook Timelimes and The Most Solemn Terms of Service for an understanding of why the ancients turned upon themselves and destroyed the infrastructure that sustained their culture.

And just like the ancients, the monks bickered, backbit, abused and berated each other until the monastery teetered on the edge of going the way of its ancestors.

In short, they were a pain in the ass and the Abbot, a man who loved nothing more than the details of titles and provenance had been selected for the most political post of all, precisely because he hated politics.

But the solution to all his problem sat chewing his nails behind a large pile of platbooks.

“Do you understand the difference between reason and religion?” the Abbot asked.

The novice thought about it. He was a clever kid, but not that clever. “No,” he said.

“So about this email…” the Abbot began, “give me the facts, not what you believe to be the facts.”

The abbot had a copy of the email on his desk. He slipped it out from between two platbooks – just to have it on hand.

“The email was from Saint Zillow,” the novice said without tone or emotion.

“So you believe it was actually from him?”

“Start again, this time with the facts.”

“It arrived shortly after the vesper bell.”

“Allow me to recite the facts for you,” the Abbot began, “five hundred and twenty-two years after a worldwide exchange of electromagnetic pulse attacks fried almost all electronic devices, the only operating cell phone nurtured by the Order of Saint Zillow miraculously received an electronic message from the patron saint of its order.”

“Does anything about that strike you as odd?”

“Are you asking for a conclusion?”

As clever as he was, the young novice was a bundle of nerves. He fidgeted and pumped his legs like a dog with fleas. No wonder he had problems.

Changing the subject, the Abbot asked, “How are you coming with your Most Solemn Terms of Service?”

Clever as he was, this nervous little novice simply could not find the magic nor mysteries that Prior Sebastian wanted him to see in the Terms of Service Texts. So Sebastian ordered him to memorize The Terms in total before becoming a full monk.

“You hate Prior Sebastian for insisting on rote memory work, don’t you?”

The kid’s mind was too rational for the likes of Sebastian; it is why he would make a good analyst, but it is also why Sebastian was trying to drive him out of the abbey – along with half the other novices whose only desire was for a safe, stable refuge in a chaotic and violent world.

Sebastian wanted only ideologues to strengthen his faction.

And in the midst of this petty conflict, the email arrived.

“Brother Sebastian wants to make a pilgrimage to the City by the Bay,” the Abbot said, “He somehow believes that Saint Zillow still lives there. Apparently some old text supports this and he insists upon leaving now.”

“He does…” the novice confirmed.

“Something about a sacred eclipse,” the Abbot said, absentmindedly picking a title off the pile.

“I think I will humor the old man and I want you to go with him.”

“He can help you memorize your Terms of Service.”

The Abbot thought the poor kid was going to cry – but then something else started welling up in him – that was not tears.

It is why the Abbot picked him.

“So you waited for two weeks outside The City by the Bay for Prior Sebastian to return?”

“Why didn’t you accompany Prior Sebastian into The City?”

“He said I was not qualified.”

“What happened to Prior Sebastian? It is okay to speculate.”

“The ancient texts spoke of a specific danger that Prior Sebastian feared.”

“What kind of danger?”

“And they killed Sebastian?”

“One can only speculate.”

The novice smiled and the Abbot smiled back.

h/t to A Canticle for Leibowitz by Walter M. Miller Jr, perhaps the best piece of science fiction ever written.