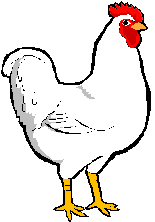 With my wife away on business, I am on my own.

People around here find that a little suspect. When I drive into town for lunch, the women who run The Roost Cafe fuss over me. They are certain that leaving a man to his own devices is folly.

Every day we go through the same ritual.

“I’ll take the daily special” I will say.

They nod knowingly to each other as if men are simple beasts who know only to eat what is dropped in front of them.

Then they start to peck.

“Don’t you get lonely living in the woods by yourself?” they ask.

I tell them no, I have the cats to keep me company and we throw beer parties every night, thought I add, the cats are mean drunks.

They laugh, but then get serious.

“People say they hear your chainsaw.”

“Yep,” I tell them, “I’m clearing Buckthorn,” referring to an invasive tree that has overgrown my woods.

The waitress brings my lunch from the kitchen. It is a mound of shredded beef wrapped like a burrito but it tastes more like a fajita.  She hesitates at my table, forcing me to look up and give her my full attention.

“You shouldn’t be running a chainsaw alone,” she says. She isn’t just being friendly; it sounds more like a command.

Then I notice how quiet the room has gotten.

I am the new guy in town and my arrival at The Roost often has a dampening effect. The chatter dies and people suddenly prefer to listen than to talk. They quietly pick at what’s on their plates, filling the time until the next spark of conversation.

An old guy wearing a heavy woolen shirt despite the heat of the day, breaks the calm. “My brother tripped and fell on his chainsaw,” he says, then he looks at me, “and he knew what he was doing.”

He is a distant relative of my wife; I’ve seen him at gatherings. Everyone else at The Roost knows this, so there is authority in his assumption that I’m a complete idiot.

Thus begins a long recitation of tales about otherwise benign agricultural equipment that turned violently upon its operators without provocation nor remorse.

It is serious stuff and I listen with respect. There is nothing abstract about what they are telling me. They know each of the people in their stories. The fact that I do not know these people means that I have not paid the price it cost to learn the terrible lesson they are imparting.

That is why I cannot be trusted around anything mechanical.

Eventually the conversation lightens up.

The women fuss some more. I suspect their taking me under their wing is not done out of generosity. In their world, a man without a woman is utterly helpless and they confirm this by providing me sustenance and protecting me from danger. It is yet another reminder that despite the bluster of men, women make the world go around.

So there I sit in The Roost, useless at home and not to be trusted in the world of work; a man without purpose.

And soon, I realize I am not alone in that thought.

The waitress asks, “Before you moved here, what did you do up in the Twin Cities?”

I’m asked that on a regular basis.  I answer but it never registers. They will ask again tomorrow or next week because whatever I did, it couldn’t be important.

After all, a guy who can’t be trusted with a chainsaw…..