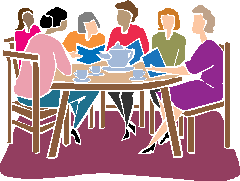 Why do women take such delight in humiliating men?

I put the question to an expert, a guy at work who knows more about women than anyone I know.

The work-wives are what he calls the women we work with. He maintains, and rightly so, that we spend more time with other people’s spouses than we do our own.  Not only that but we get along better with them because the workplace has rules about being nice – unlike marriage.

So I brought it up at lunch.  “Why must wives humiliate their husbands?”

Her best friend Marsha chimed in, “If we didn’t, men would forget they are idiots.”

A quick poll confirmed Marsha’s opinion as a majority view. A second unanimous survey revealed the only reason men survive – is women.

“Really?” I said, defending my gender, “I know plenty of guys who are at their best as bachelors.”

That got a few snickers.

To which I countered, “and yes, I’m talking about straight men.”

They nodded in mock agreement.

“Further more,” I said, “they do FAR better alone than they do in relationships.”

I put a test to them, “If you left your husbands alone for a month, how would they fare?”

Sue’s hand hesitated meaningfully over her salad. “Could I leave him a month’s supply of frozen diners?”

Marsha chuckled, “That wouldn’t work for my Larry. He plays video games non-stop. No one would be there to tell him, he’s hungry.”

“I couldn’t leave John alone for a minute,” Carol said.

I believe her. I’ve met John. The guy is a mouse in an electrified maze. If you met Carol, you’d know why.

“He would do what all men do when left alone – revert to being a boy.”

“And the problem with that is?” I asked.

“Right,” I said in mock agreement, “It’s every woman’s project to make a man out of the boy she married.”

I was waiting for that.

“So if women build men, why must they tear them down?”

Carol checked around the table for permission to divulge one of life’s great secrets. “Because, when boys become men, they get so full of themselves that they treat women like girls.”

Again, smirks of agreement. She continued, “It’s very unpleasant and we are reluctant to let things go that far.”

Then Becky, a grandmother many times over, spoke up. She was no longer kidding. “It’s really affection in disguise – humiliation is I mean.”

32 thoughts on “The Petty Humiliations of Love”