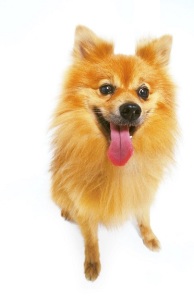 There are three things a prudent man should never own: a pickup truck, a pole shed and a satellite television receiver.

As any pickup owner can attest, you get these calls.

“Say…. we’re moving this weekend, could we borrow your truck? Oh yeah, we could use an extra hand too.”

And as any pole shed owner can relate, you get these calls.

“Hey, we were moving but the new house isn’t ready, can we store our stuff in your shed?  By the way, are you using your pickup next weekend?”

There is something about both pickups and pole sheds that declare themselves communal property.

The same with satellite television – but I think I am the only one in the world who gets calls like this:

“Hey, is it okay if my dog watches your TV for a couple of weeks?”

“You dropped Chester off at my house, didn’t you?”

“I did, but I thought it would be polite to ask.”

“It’s polite to ask before the fact.”

That is the name of Stan’s psychotic Pomeranian.  The dog looks like an explosion in a hair salon and has a personality to match. I only characterize him as psychotic, because it best describes his more gentle moments.  His other moments defy description and the only thing that can soothe his savage soul is watching the Home Shopping Network (HSN).

Oddly, there is something about the nice ladies hocking discount jewelry that he find comforting. So whenever Stan needs a dog sitter, he drops Chester off with me and my satellite television.

The thing is once Chester is planted in front of the Home Shopping Network, there is no moving him and God help you if you try to flip the channel.

It is then that he goes berserk.

Turning to PBS once cost me a sofa. TNT took down a bookcase. The price of TBS was an armchair and the butcher’s bill for flicking through the HBO channels was the television itself.

So imagine my surprise when I returned home to discovered Chester in my living room, the television tuned to NEWSHOUR and the house still intact!

He sat mesmerized by Judy Woodruff.  He held his head cocked thoughtfully to one side as he barked out editorials.

I could not understand exactly what he was getting at, but the tone of his barking made a certain sense.

So I called Stan.

“What’s with Chester?” I asked. “Has he had a falling out with The Home Shopping Network?”

“But the TV is tuned to PBS and my living room is still….”

“Chester has found his voice,” he said.

Apparently he had, for not long after, Lisa Dzerzhinsky-Anderson, my neighbor up the road and producer on our local affiliate of FOX, knocked on my door. I thought she was going to complain about the racket.

“Who has that lovely voice?” she asked.

“You mean the barking?”

“Yes, color commentary. It is what makes the banality of television… well…, less banal.”

“Oh, you mean the endless prattle that no one pays attention to?”

“But they do,” she said, “audiences thrive on it and I would like to give the little guy a screen test.”

Lisa Dzerzhinsky-Anderson signed on as Chester’s agent and soon he had a spot on FOX and Friends.

He was never really an on-air personality – but whenever a panel of pundits began shouting over one another, Chester would add his voice.

Audiences could not get enough of the barking.

You see, Chester’s tone had just the right touch of psychotic indignation to resonate with talk show audiences.

Soon ABC spirited him away from FOX and put him on The View as background.  It was his job to bark over the other voices whenever they commenced to howl.  He could even out-chatter Joy Behar.

Next, he served a short stint at MSNBC on both The Rachel Maddow Show and Morning Joe before jumping ship to CNN. I even caught a segment with Chester on my beloved NEWSHOUR.

Then he was gone…

Soon after, I called Stan. “What happened to Chester?”

“Really?” I asked, “I thought Chester was an apolitical barker.”

“He is,” Stan said, “but that was the problem. With the 2020 primaries approaching, the networks insist their color commentary must bark on script.”

“And Chester refuses to do that?”

Stan was indignant. “Chester is all about integrity and creative control,” he snapped.

“Turn to The Home Shopping Network.”

I did and there was Chester yipping ecstatically about cubic zarconia necklaces.

The little fella had his dream job.

“Use your own truck.”

“So I need to move some stuff to your shed.”

52 thoughts on “Chester, the Dog with Issues, Becomes a Media Star”